The One direction, often know as 1D, are an English-Irish male pop vocal band, whose stylish and unique styles and pop sounds attracted many fans majorly the young ones around the whole world majorly in the 2010s. The group was formed in London, England. The members was made up of Liam Payne, Louis Tomlinson, Niall Horan and Harry styles. The band was formed during the British television singing competition show called The X Factor, a competition for aspiring singers. In 2010, each of the five members auditioned as a solo artiste for British television show, X Factor, but at an early stage in the series, they failed to progress at the boot camp stage of the competition, they were then advised to come together and form a five-piece band thereby enabling them to qualify for the groups band category.

Zayn Malik was born in Bradford, West Yorkshire, in England, January 12, 1993. Naill Horan was born in County Westmeath, Mullingar, Ireland on September 13, 1993. Louis Tomlinson was born in  South Yorkshire, Doncaster, England on December 24, 1991, Harry Styles was born in Cheshire, Holmes Chapel, England on February 1, 1994 and Liam Payne was born in West Midlands, Wolverhampton, England on August 29, 1993. Being know with the name One direction, they attracted remarkable attention from a variety of people especially from young female spectators, due to their vocal skills, and fascinating stage presence. Although, the band (one direction) failed to win The X Factor show, as they came out third place in the competition. Shortly afterwards, the show mastermind, Simon Cowell signed the One Direction to a Syco Records contract soon after the competition ended.

The boys band was made up of not only a set of teen idols who were compatible musically but also they were distinct in personality and style. In the early 2011, the One direction, and other contestants in the X Factor series participated in the British X Factor live tour which enable them to build their fan base, and the band later then, entered the recording studio. The album, Up all Night was released in that same year, 2011. It was a hit album both at home and in other Commonwealth and European countries, as it was filled with harmonized pop-rock songs, about first time-heartbreak and other carefree revelry. The popularity of the album was ignited by the song ” What Makes you Beautiful”, which topped the Irish and British single chart for it vigorous anthem, and it was then awarded best British single at the Brit Award in early 2012. In that same year, Up All Night album was lunched and it ranks number one on the billboard chart upon it release and sold more than a million copies in America. The band extended it success by the release of another song “Take me home” in same year (2012). A third hit album “Midnight memories” was then release in 2013, two years later during the tour for the promotion of the album “four” (2014), the band (one direction) announced that one of their member Zayn Malik has left the band. The rest continued in the tour, but later announced a plan to split after the release of “Made in the A.M” in 2015. Thereafter, the One Direction members began releasing various solo albums. 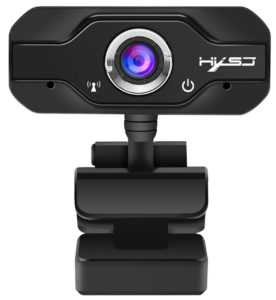 One Direction on September 2011, released a debut single titled “What Makes You Beautiful”. It was a success internationally and commercially. It ranked as the most pre-order Sonic music entertainment in history, and it also topped the UK singles chart. Other singles like “One thing” and “Gotta be you” ranked  in the top 10 in the UK singles chart. In November 2011, they were signed to the Colombia record deal, and in that same month, they released a debut studio album “Up all Night” in Ireland and United Kingdom. It became one of the fast-selling albums in the United Kingdom.

The lead singles from the band  album “Live While We’re Young “ was released in September 2012. It ranked in the top ten in almost every country, and it received the highest open sale figure. A second single was then released titled “Little Things”. The song topped number one in the United Kingdom. Then in November 2012, a second studio album titled “Take Me Home” was released.

The lead single titled “Best song Ever” was released on July 22, 2013. Followed by the release of a third studio album called “Midnight Memories” on 25 November 2013. The song is their most-recited singles in the US till date. It became number one in the US and the UK. In December 2013, the band broke another record sale by the release of a Blu-ray and DVD record titled “This is us”. Over 280,000 copies of the movie were sold within three days of it being released in the market.

One Direction announced the release of their fourth album title “four” on September 8, 2014, and preparation was made for it to be released on November 17, 2014. One of the songs from the album titled “Fireproof” was released on their official site for free download for 24 hours. The album lead singles titled “Steal my Girl” was released on September 29, 2014, followed by the release of the single “Night Changes” on November 14, 2014.

One Direction on July 25, March announced the departure of Zayn Malik, the group then released a single titled “Drag me Down” on July 31, 2015. On 13 November 2015, the album titled “Made in A.M.” was released, and it topped the chart in the UK and became a top two in the US. 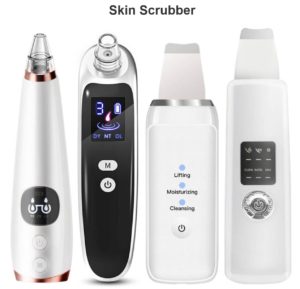 Facts about One Direction

The 10 year’s One Direction anniversary was on 23 July, and it was believed the boys were going to celebrate it in some way.  It was however reported that the boys would want to mark the anniversary together, and so the fans are questioning whether the one direction would ever get back together again. Niall, Harry, Louis and Liam have never doubted the possibility of the band coming together again, giving the fans hope of having the foursome boys band again. During James carpool karaoke in March this year, Niall revealed the possibility of the band coming together again someday.

Liam has also spelled out the possibility of the band coming together in the future where he talked about the comeback show which he said would likely occur at some point in the future.

Louis also stated his belief on the band coming together in the future as he stated “it would be stupid not to give the fans what they want”. He said it would likely occur at some point in the future when he was questioned on The One Show in January.